I saw a Currys Black Friday advert on TV earlier, so thought I’d check the offers on their website. Whether you go to their specific Black Friday landing page, or just their homepage, you get directed to a queueing system. 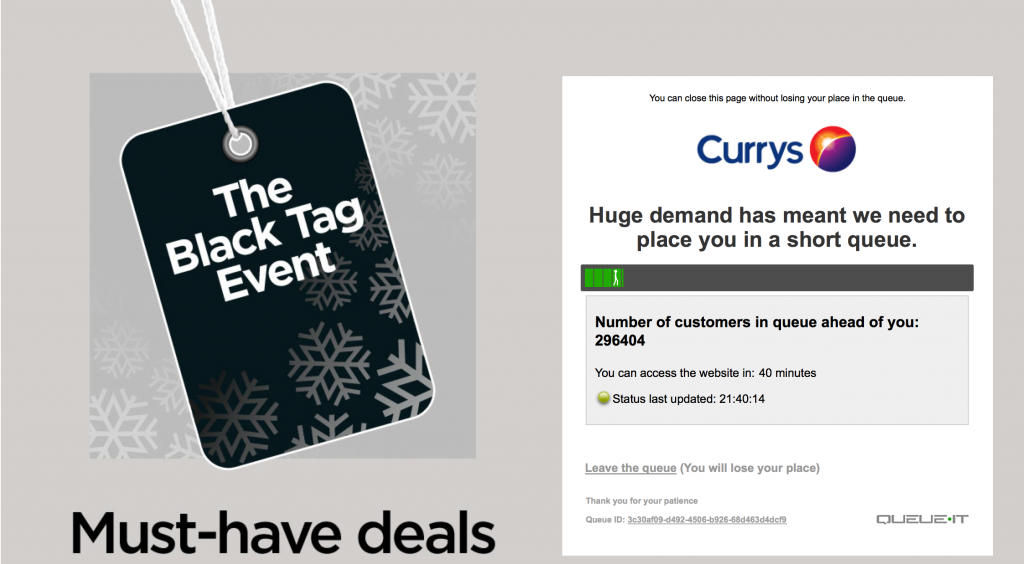 Though I can’t tell if this has a function (i.e. to reduce server load), or it’s just a marketing gimmick.

What a year it’s been.

My parents have had a few different dogs in the past, but we decided it was time to have a black labrador. So to kick off the year (well, towards the end of Spring), we ventured to Cambridgeshire to collect the puppy! She’s called Mischa, and here are a few pics from the first weeks of us having her: 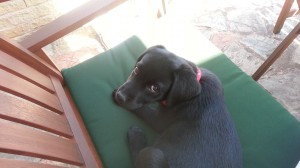 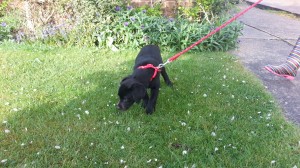 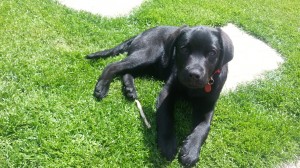 I then passed my driving test mid-June, and finished my two-year IT course at the end of June with a Distinction for my first year, and a Distinction* for my second and final year.

Some of the best things I’ve done this year include having the opportunity to volunteer for a few events, including – 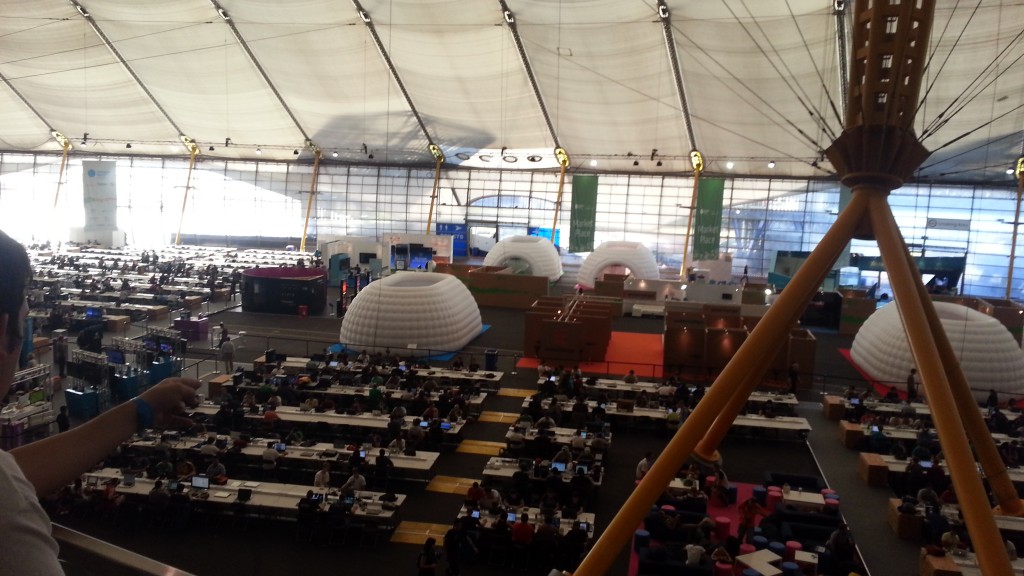 This was an incredible experience I’ll be sure to remember for years to come – a 24/7, week-long technology event at the O2 Arena. An awesome environment full of coders collaborating on projects during the day and night. I was volunteering, so got the chance to see behind the scenes at the O2 which was a great experience. This was my third year working at the Lincolnshire Show as a Health & Safety Steward, although this year I had a quad bike for the first time, which made the experience rather fun! 🙂 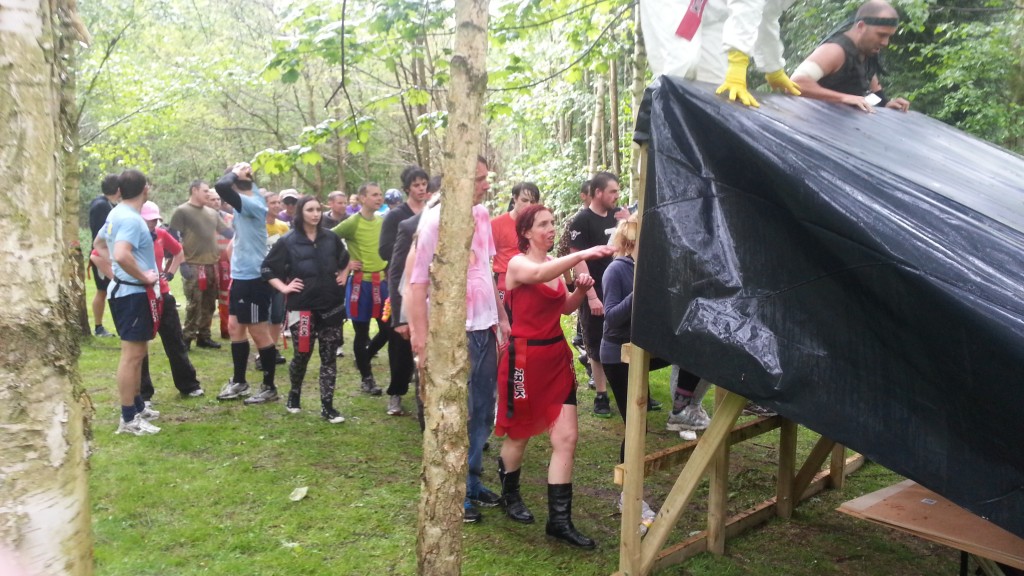 Zombie Run UK Lincoln was an awesome event, and a rather unusual one too! 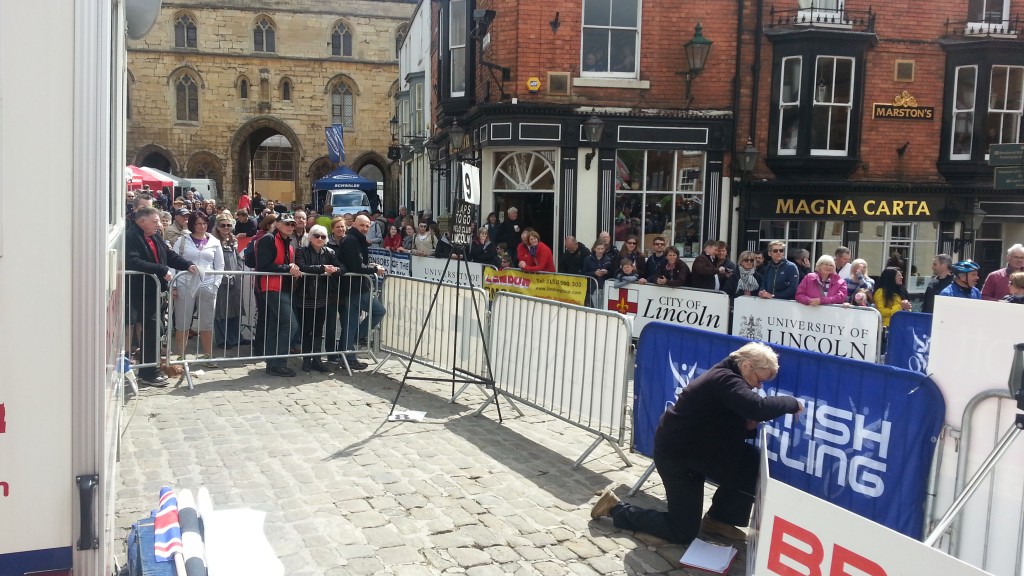 Conferences:
This year was the first time I had the opportunity to help out at a conference (Social CRM 2013 in London). With speakers from companies such as Sony and eBay, it was a great experience for me.

I also attended my first ever IT industry trade show; IP EXPO. London
If you’re a regular on my blog, you may have noticed that London features regularly in my posts. I don’t know why, but I feel an attachment to London, and so it’s somewhere I’d like to visit regularly for a number of reasons. Oh and I tried sushi for the first time, and didn’t really like it.. 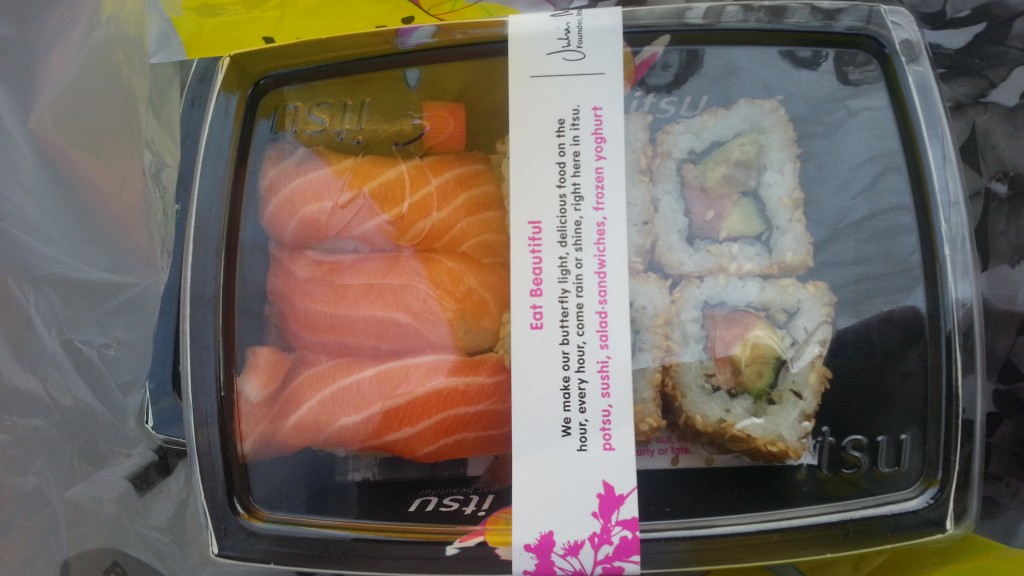 Bitcoin
I’d heard of Bitcoin about a year ago, but at the time had just seen it as a passing fad. However, I’d come across it again towards the end of October, and after doing a bit more research, I decided to buy some Bitcoin. Rather than investing in traditional stocks/shares or oil (which I believe will only bring substantial profits to those with millions already), I chose to ‘invest’ in Bitcoin not only because of the potential profits to be made, but also the potential for it to become a “digital curency”.
Bitcoin is something of an asset class of its own, so you can’t really compare it to stocks and shares, however it proved to be a worthwhile investment.

(Read more about my Bitcoin adventures here if you’re interested!)

So overall, the best year of my life so far.

I love Christmas! Now that I’m a bit older, I tend to see Christmas as more of a family get-together type occasion, although don’t get me wrong – I still love giving and receiving presents! 🙂 I just feel it has become too commercialised.

Anyway, this year we were invited to my half-sister’s house for our Christmas dinner! Here are a few photos of Christmas Day: 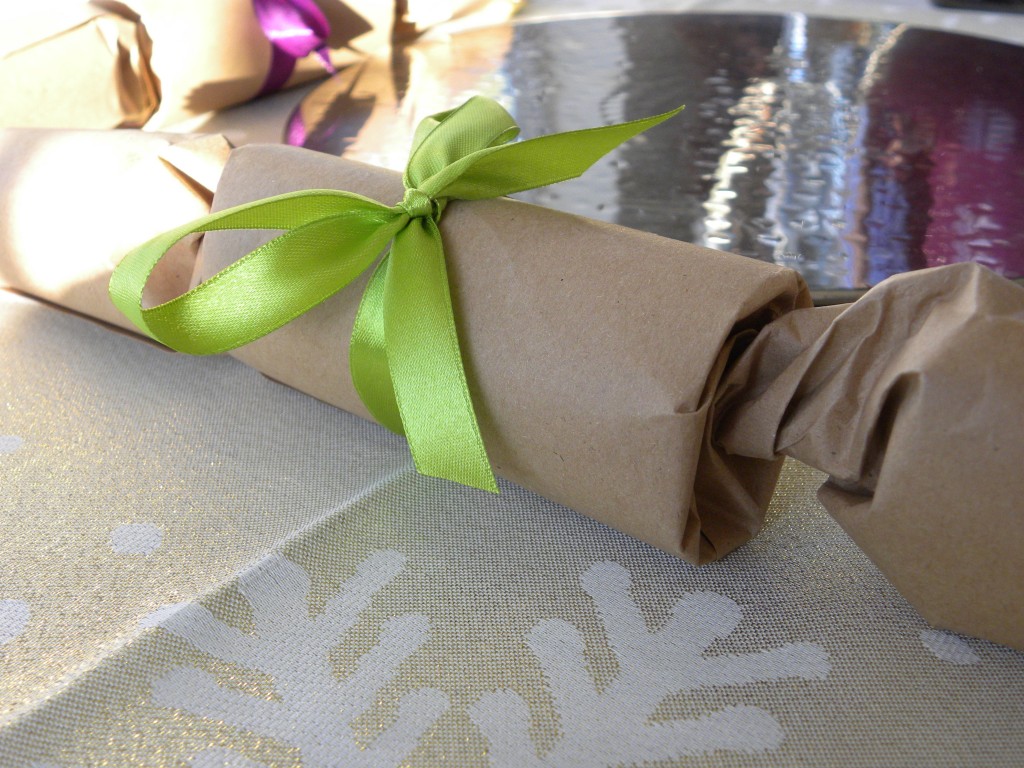 Monday was Cyber Monday, the busiest day of the year for online retailers.

The same day that NatWest and RBS suffered a system crash, which affected all methods of payment – ATMs, online e-commerce payments, online banking and their mobile app. What’s more, their online helpdesk couldn’t cope with the traffic and also went down..!

Meanwhile, there were reports of “SOS” text messages from NatWest Managers offering ‘unlimited overtime’ for the Tuesday ‘chaos’ shift.

Even worse, they don’t seem to be bothered with updating their ‘Service Status’ page to inform their customers of the issues.

Considering this is the third time this has happened in the last two years, NatWest clearly don’t seem to be able to learn from their mistakes…

Have a great Christmas party, NatWest IT guys!